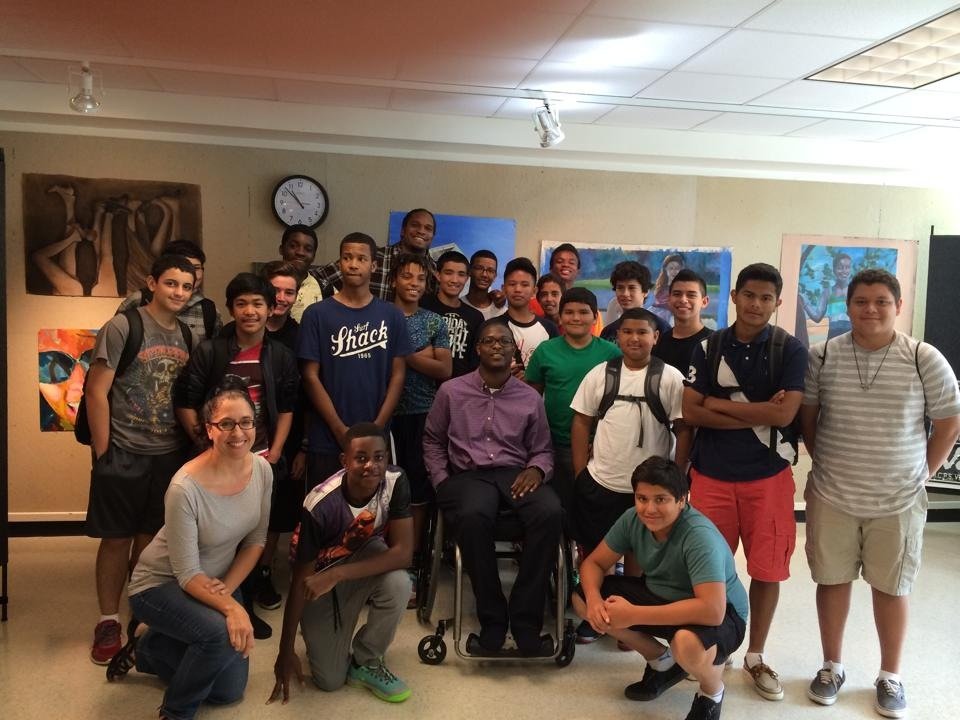 Etan and Tipper Thomas pulled double duty on September 12, 2014 by visiting two schools in one day. The first stop was visiting a 9th grade class at Albert Einstein High School. We discussed the importance of staying out of trouble, not allowing themselves to be influenced by the wrong things and the Ray Rice scandal, among other things. They were an attentive group of young scholars that received our conversation well.

The second stop of the day was at Friendship Technical Prep Academy in Washington, D.C.This event featured R&B sensation Marcus Canty who won the popular star search show “The X-Factor”. The event was conversation centered about education but was highlighted by a performance from Marcus Canty and a few dunks from Etan. Also we were able to give away a few copies of Etan’s “More Than An Athlete” Book.